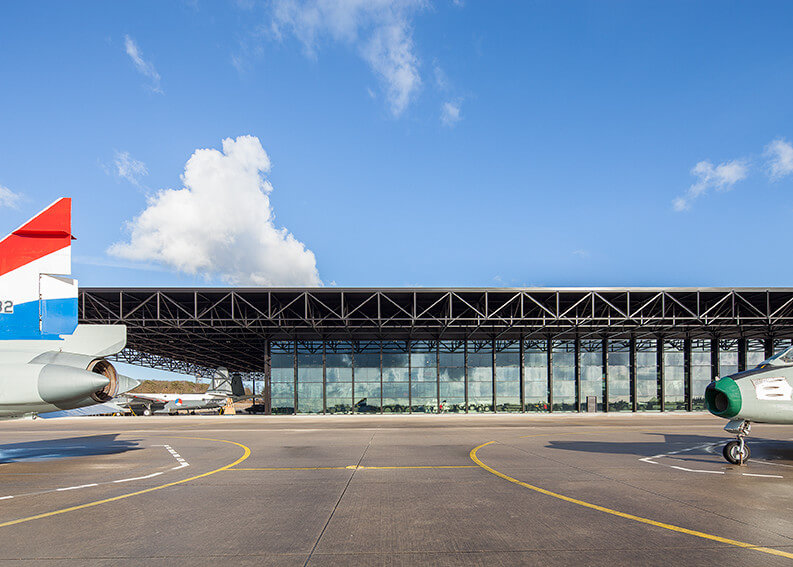 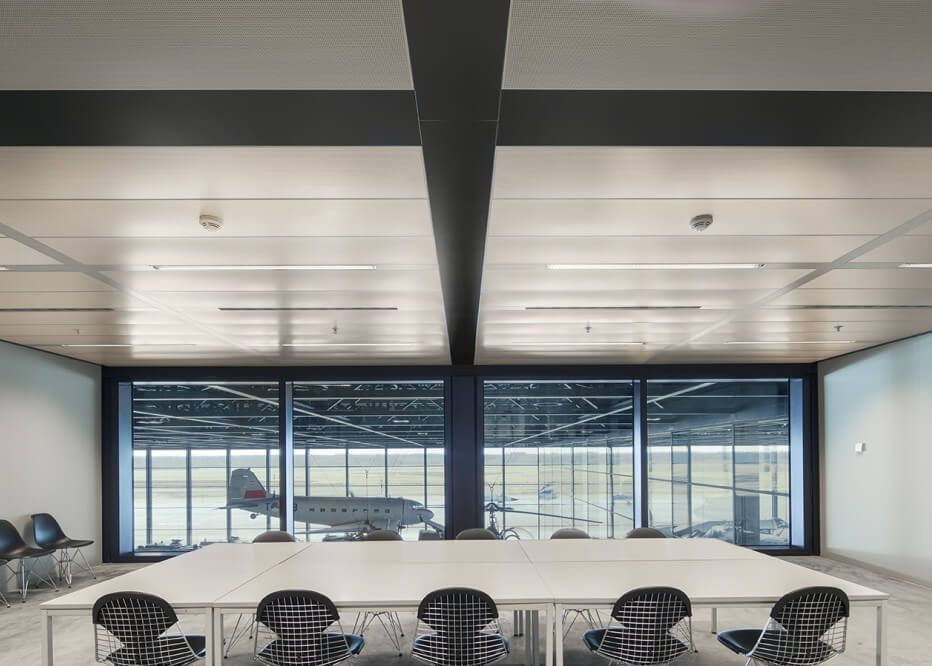 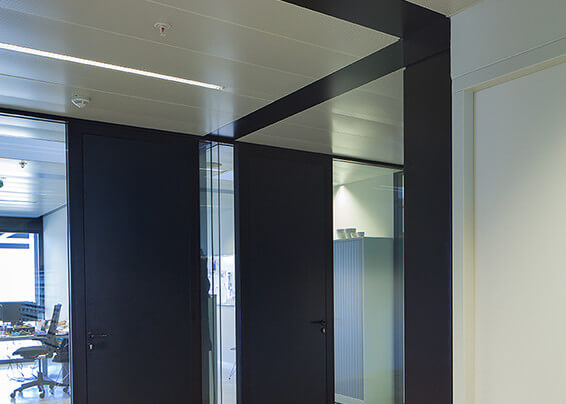 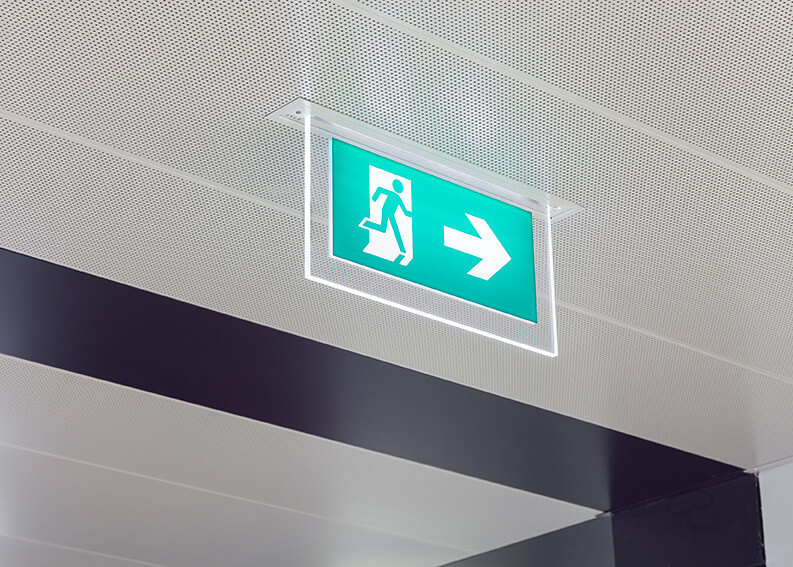 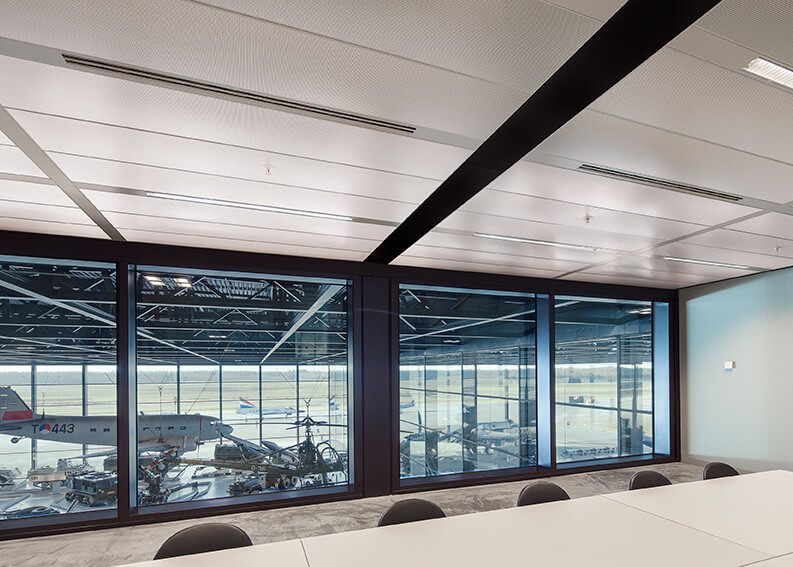 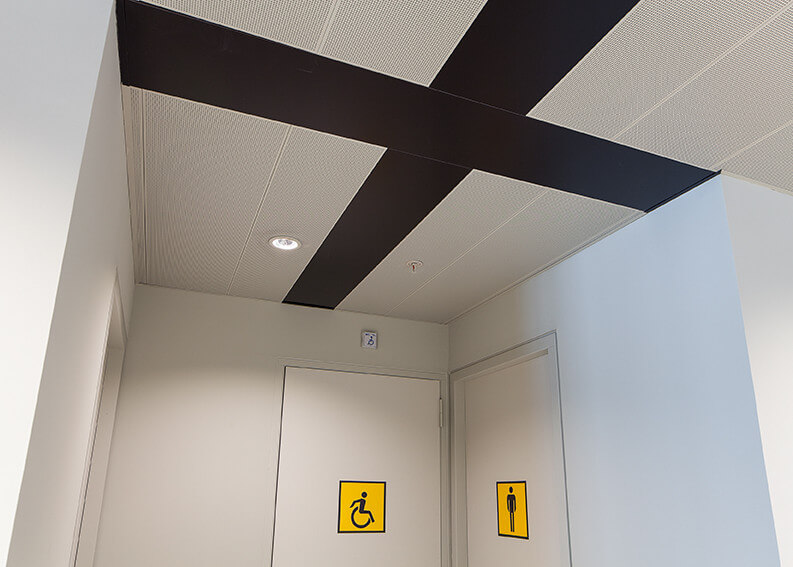 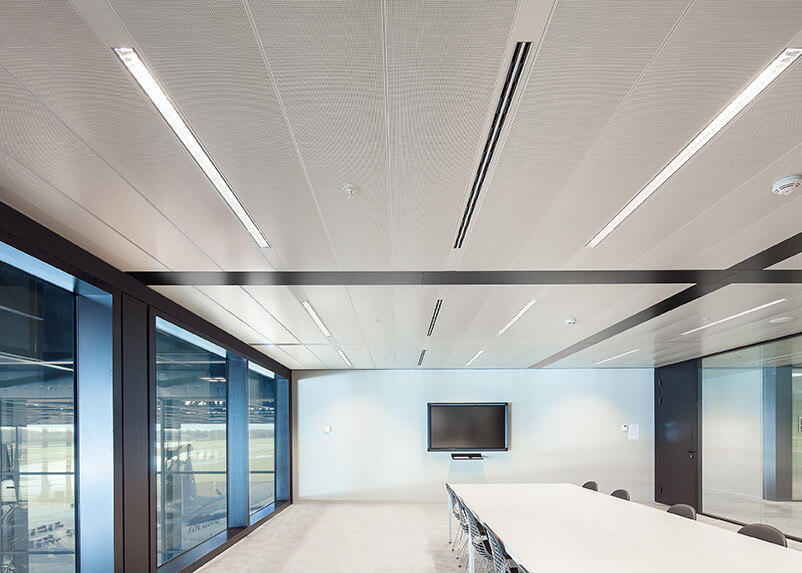 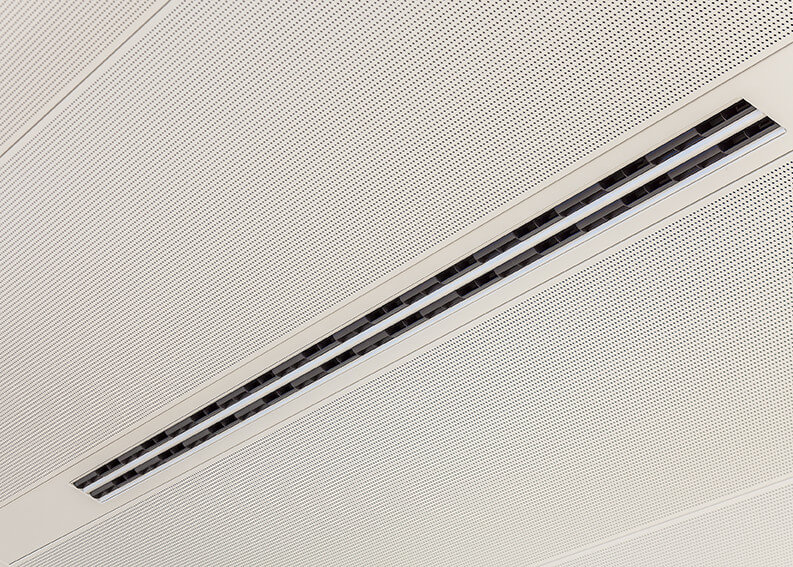 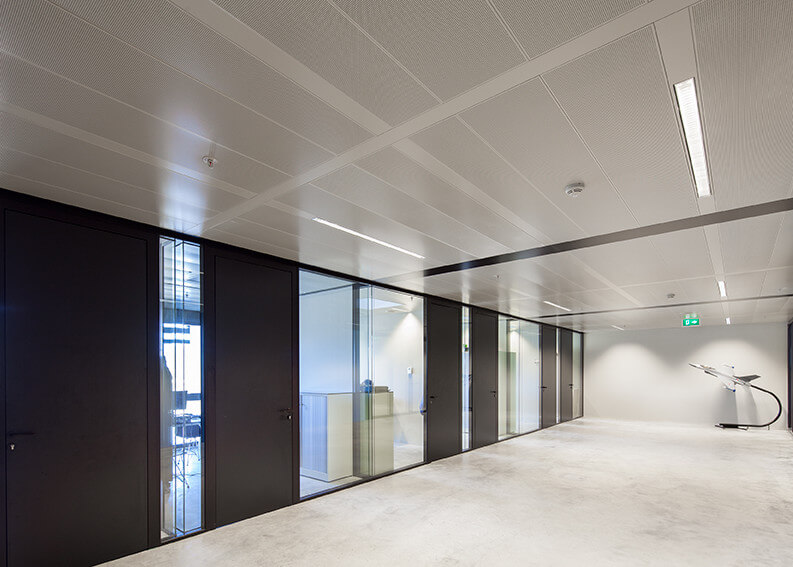 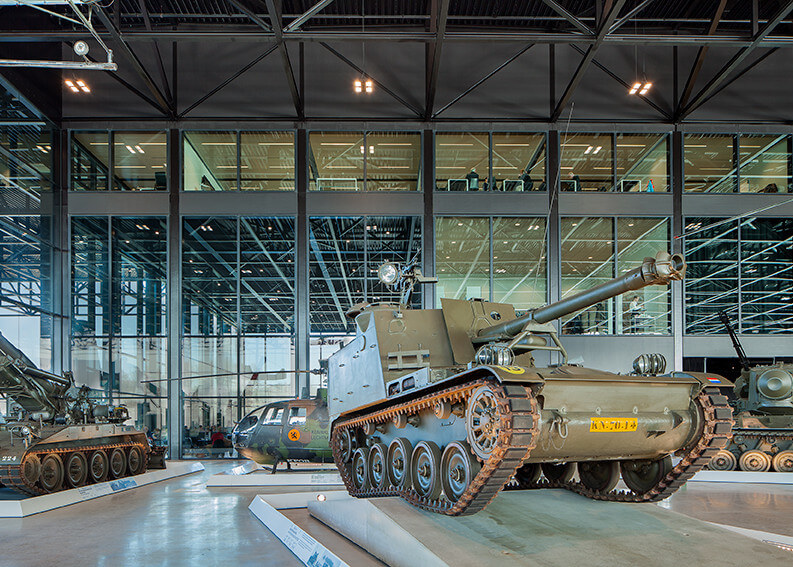 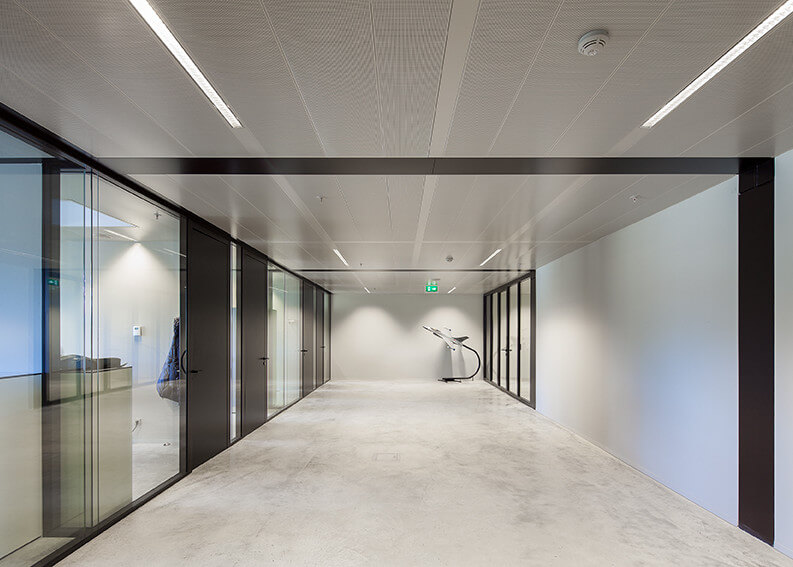 The National Military Museum (NMM) shows the importance of the armed forces to society in the past, present and future. A wide range of large objects, like tanks, aeroplanes, armoured vehicles and helicopters, are on display. The museum is located inside a newly built aeroplane hangar. This hangar also contains an office complex which has been fitted with an Inteco climate ceiling.

Challenge: Allowing the black beams of the metal construction to continue into the structure of the climate ceiling.

Heijmans recommended using radiant ceilings in the climate concept because of the comfort-related preferences identified by employees. According to the architect, the RAL 8022 (black/brown) beams in the metal construction were an essential part of the design. These black/brown beams protruded from the façade and were expected to remain visible in the ceiling. We were able to realise this using black/brown (RAL 8022) grids. In addition, the light shafts in internal offices were a fixed design element and climate ceiling components had to be placed around them.

Solution
Due to the prominent and visible black/brown metal beams, construction tolerances for the whole building were measured after construction; only then could drawings for the ceiling be created. It was a real challenge to fix the ceiling in place because we had a plenum height between 4 and 5 metres. There was a metal beam construction, so we assembled heavy overarching profiles to which the climate ceiling could be attached. The assembly firm faced a real job actually getting these heavy constructions inside the building. This resulted in a ceiling that fitted perfectly within the design created by the architect.

For further information about these products, please refer to the product descriptions at the bottom of this page.

For further information about these Inteco expertises, please refer to the descriptions at the bottom of this page.

The MeandRo® climate system, which has been developed and patented by Inteco, is a copper diffusion-proof radiant panel that is uniqu...