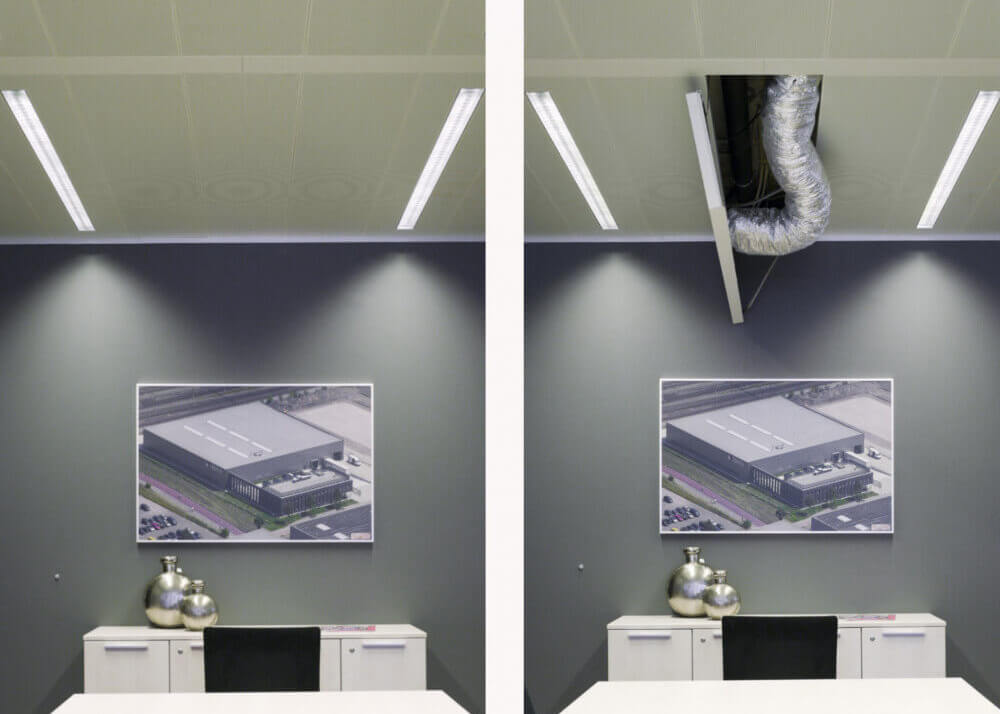 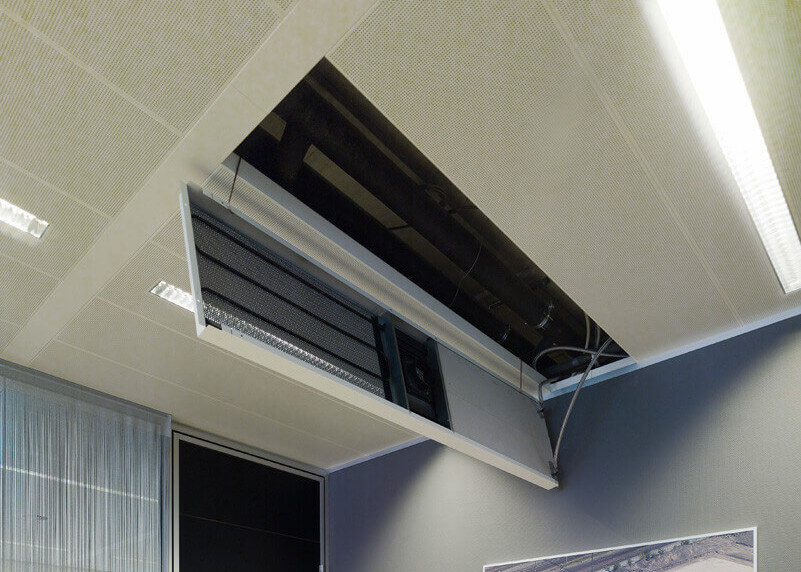 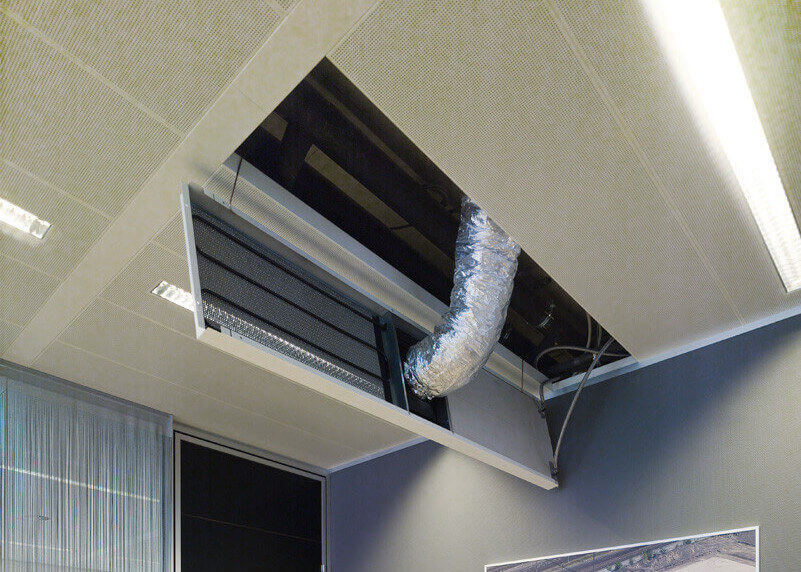 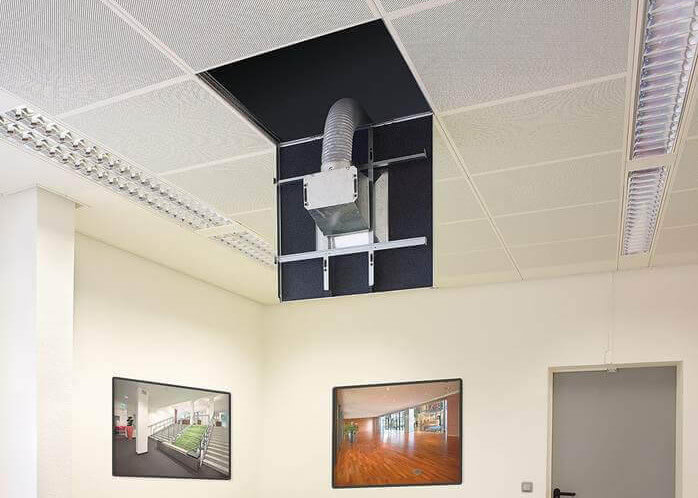 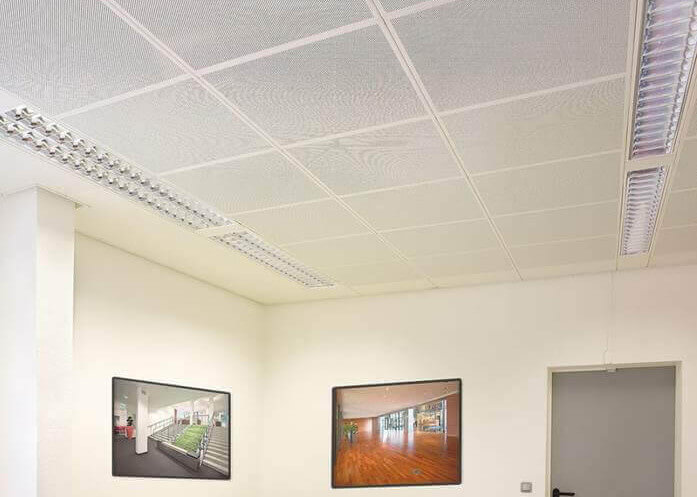 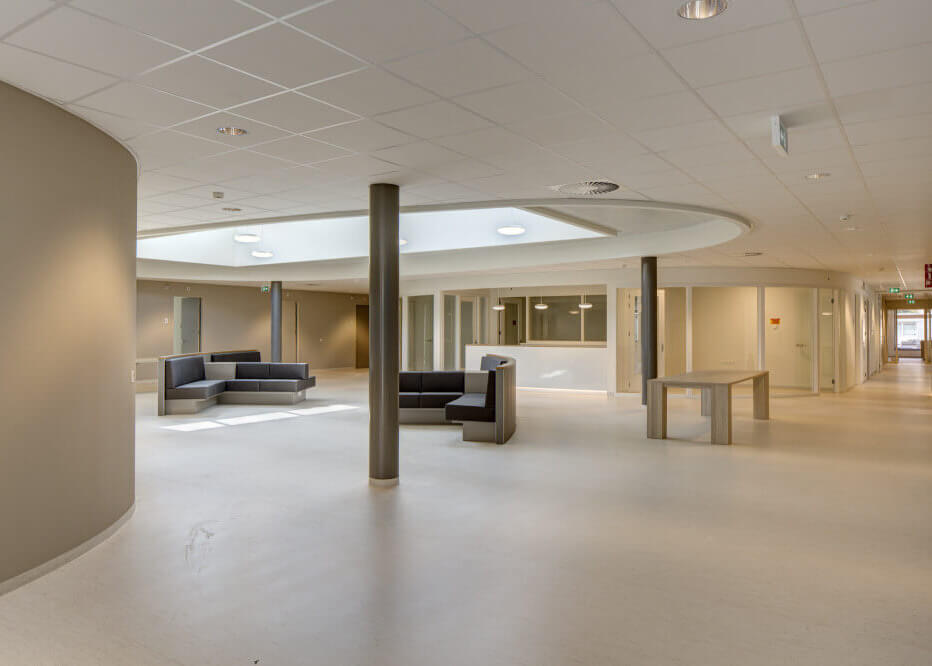 Inteco works with Krantz to supply and monitor invisible inlet grids. The OPTICLEAN grid induces air outside the grid, which means little or none grid or ceiling fouling is encountered. These unique properties mean the grid is ideal for integration in metal climate ceilings. The OPTICLEAN is mounted above a ceiling panel and blows air into the relevant space via standard perforations in the ceiling panel.

Advantages of the OPTICLEAN:

Grid fouling is a commonly encountered problem when implementing perforated supply diffusers and inducing swirl diffusers. The inducing effect of diffusers helps to attract polluted air to the diffuser and then blow it into the relevant space after mixing with the air supply. However, air extracted from the space leaves pollutants on the perforated panel, which then pollute the louvres and vanes.

Disposal of return air:
Depending on the acoustic requirements, besides using air vents, there are also various other possibilities for disposing of return air via the climate ceiling. The most common solution involves extraction via air ducts in or next to light fixtures. We are also able to dispose of return air in a responsible manner via air ducts in the edges of the ceiling (only possible if acoustic separation is not needed for the ceiling). In short, Inteco offers a wide range of possibilities for personally integrating grids or ensuring perfect integration with grids of third parties.

Climate ceilings play an important role in thermal and acoustic comfort. However, a climate ceiling is only complete once all components ...