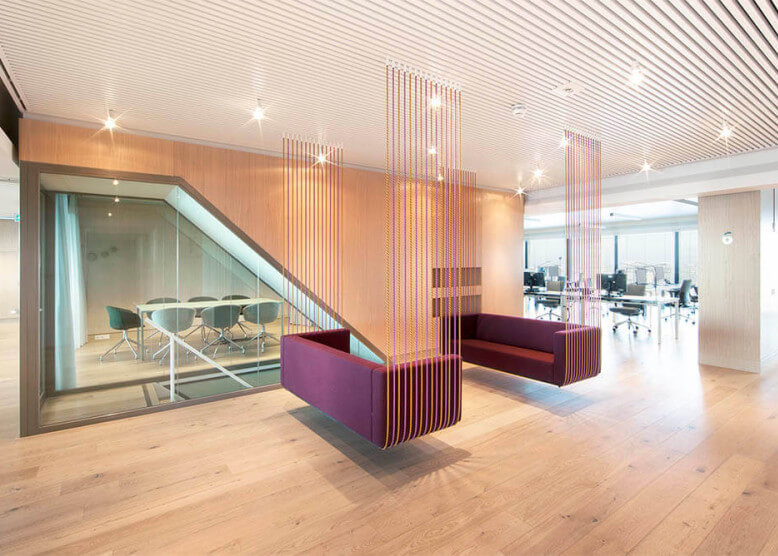 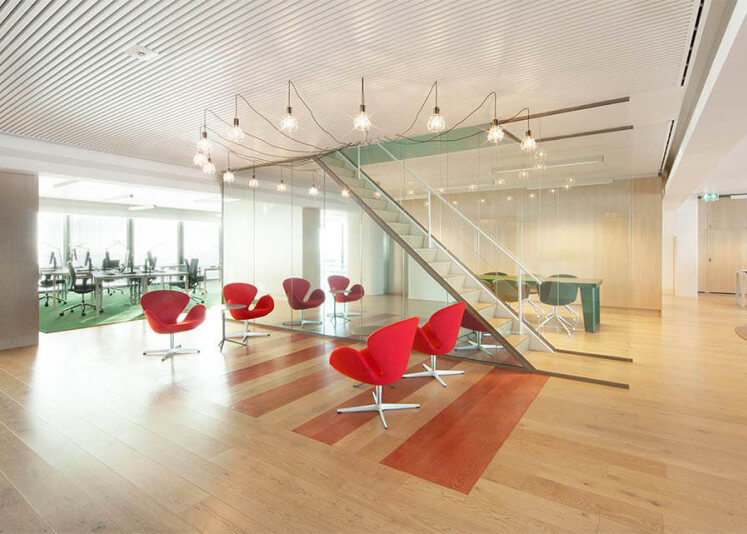 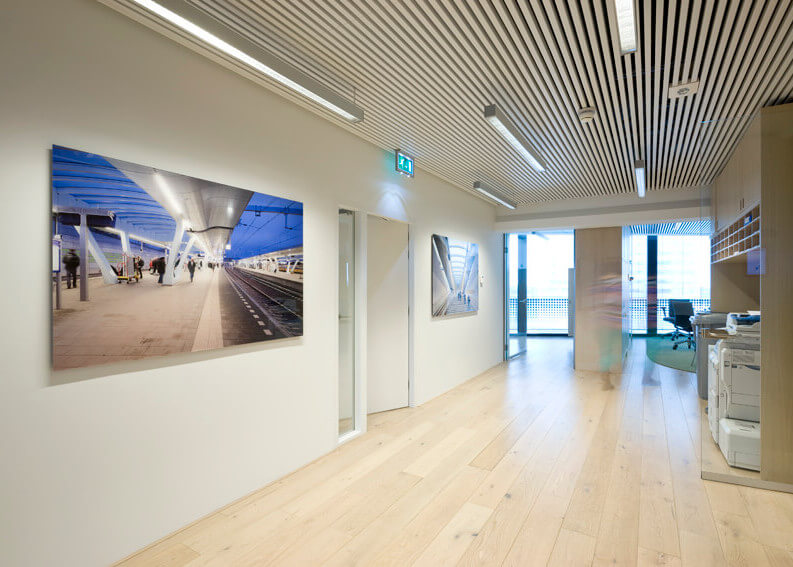 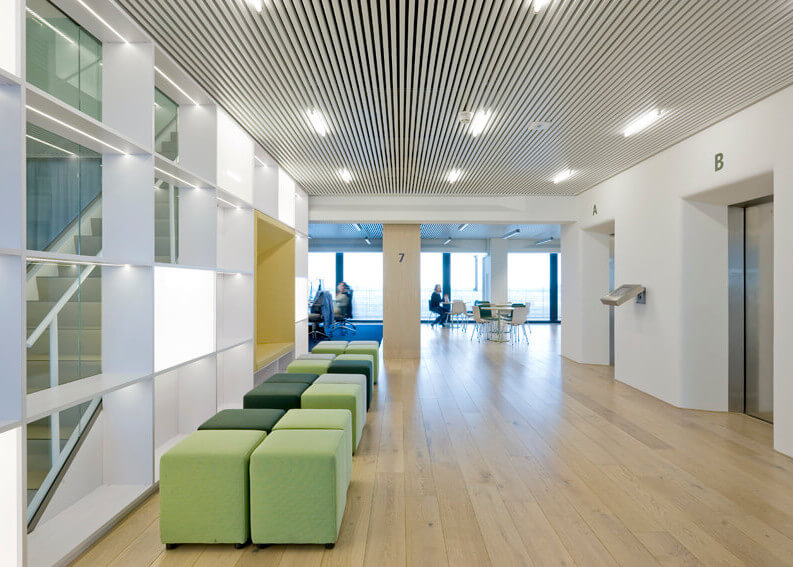 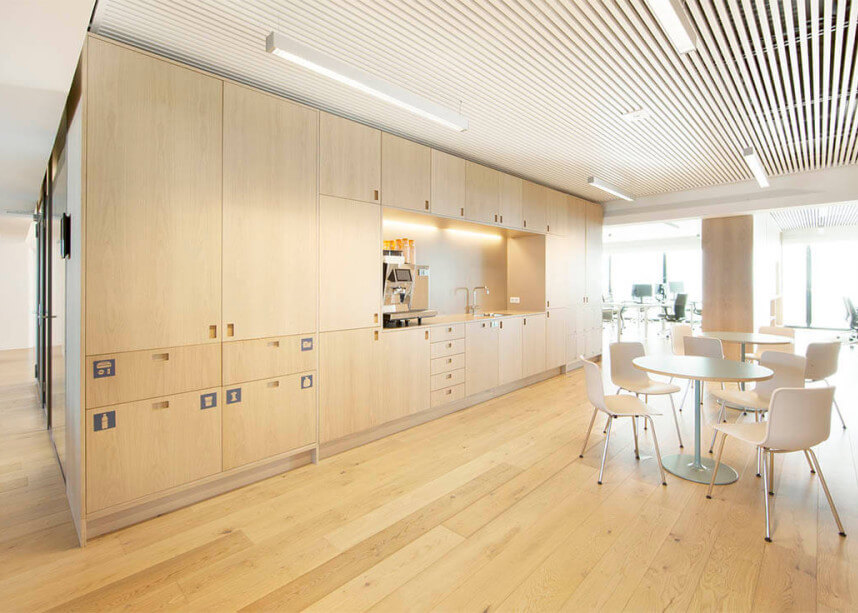 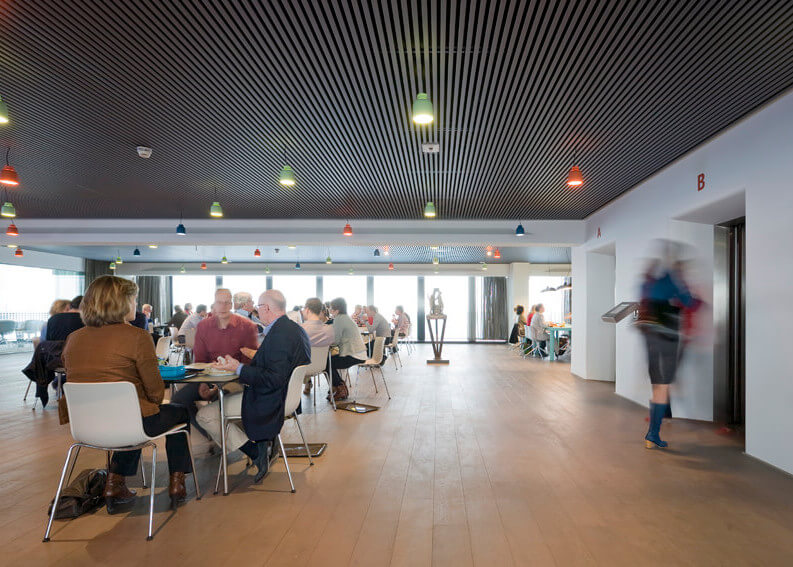 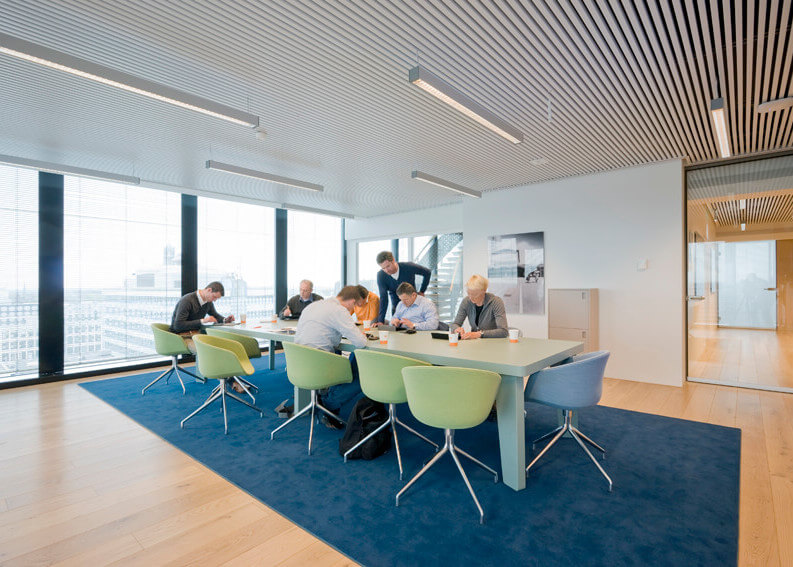 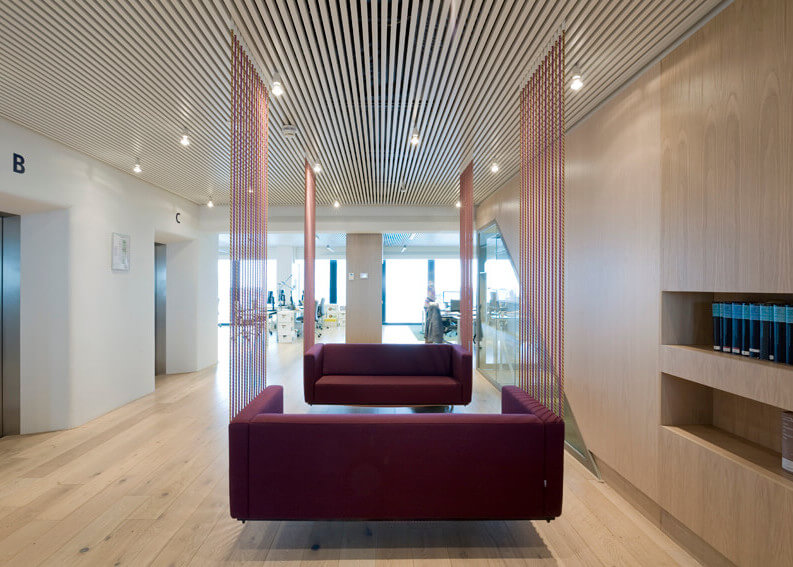 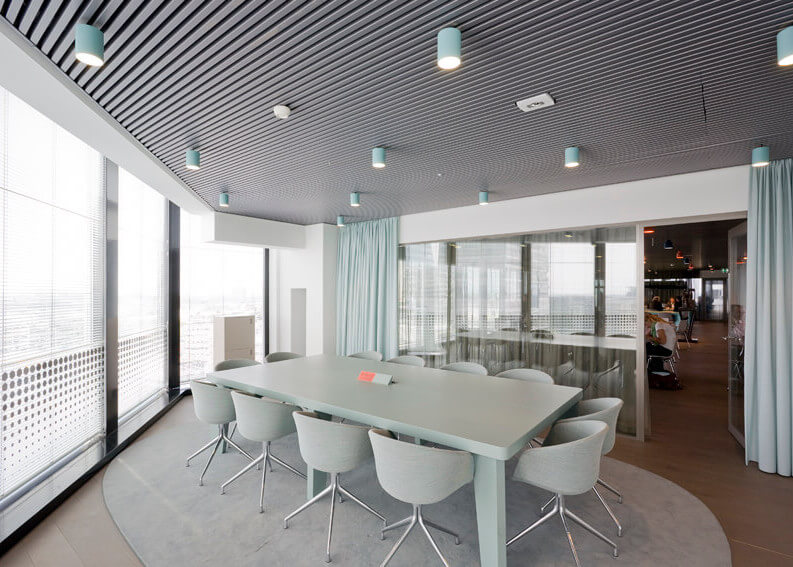 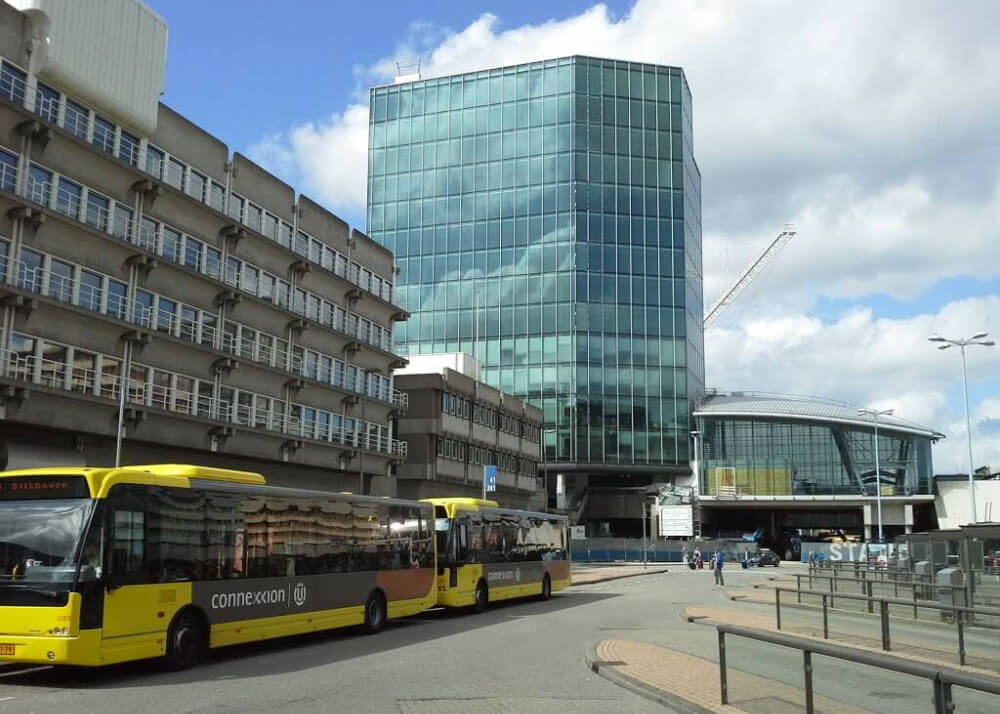 The fifteen-storey Katreinetoren, which is the head office of NS Stations, towers 55 metres above Utrecht Centraal station. The width of the 1970s concrete building is based on the dimensions of a railway track. The building is made entirely from glass, which means it generates a high thermal load.

Challenge: Could an aluminium louvre ceiling be combined with a climate ceiling?

The architect had opted for a ceiling with thin louvre slats for aesthetic reasons. And the climate ceiling was selected from an engineering perspective. The decision was made because of the large glass surfaces, which created a need for high cooling capacity. Inteco's challenge involved developing a system where a climate element could be incorporated into the aluminium louvres. The result was a high quality design ceiling which, due to its success, has also been implemented in other projects since then under the Pareaulux product name. Please contact one of our advisors if you have questions about this product.

Solution
After a thorough engineering process, Inteco worked closely with aluminium louvre producer Hunter Douglas (link internal partners) to develop a three-part ceiling. Layer 1 consists of an acoustic ceiling on a T girder. Layer 2 is a black activated expanded metal plate (Inteco Meandro-V climate element link) and layer 3 are the aluminium louvres by Hunter Douglas. Inteco developed suspension brackets especially for this set-up so the constructions could be connected. Consideration was also given to the ceiling's accessibility. Approximately a metre from the central area, shorter louvres - which are easier to remove - were used to make the installation strip more accessible. In addition, air inflow was often realised via linear diffusers. They were installed at the edges of the ceiling, next to the façade, which means they were less eye-catching and did not disturb the building's aesthetics.

Result
Inteco evaluated this project together with employees after handover, and the reactions were very positive. Everyone was very pleased with the climate ceiling. And, after all, that's our final objective!

For further information about these products, please refer to the product descriptions fat the bottom of this page.

For further information about these Inteco expertises, please refer to the descriptions at the bottom of this page.

Inteco is a reliable partner renowned for its quality, eye for detail, respect for building designs and effective planning. Climate ceilings create a good atmosphere, offer aesthetic appeal and are a pleasure to work under. A successful integration by

The building and architecture are the two most important factors, not the ceiling solution

The dimensions of the ceiling, and all components used in it, are fully matched to the building concept. Inteco has developed space-saving integration solutions for light fixtures and air vents, which means less plenum height is needed. Ideal for renovation projects.

Inteco is a front-runner in market developments

Inteco has various patented products in the climate ceiling and induction unit sector. These innovations comply with all current norms and guidelines in the market, because Inteco is synonymous with quality and reliability.