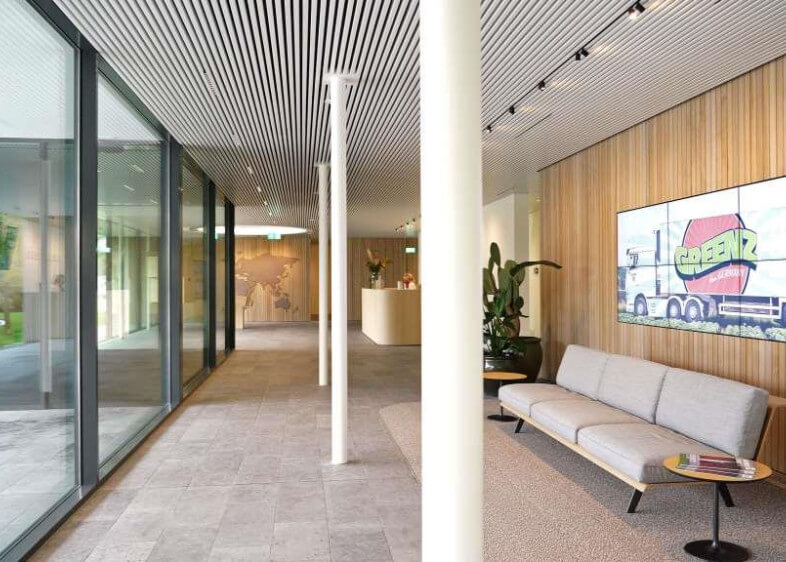 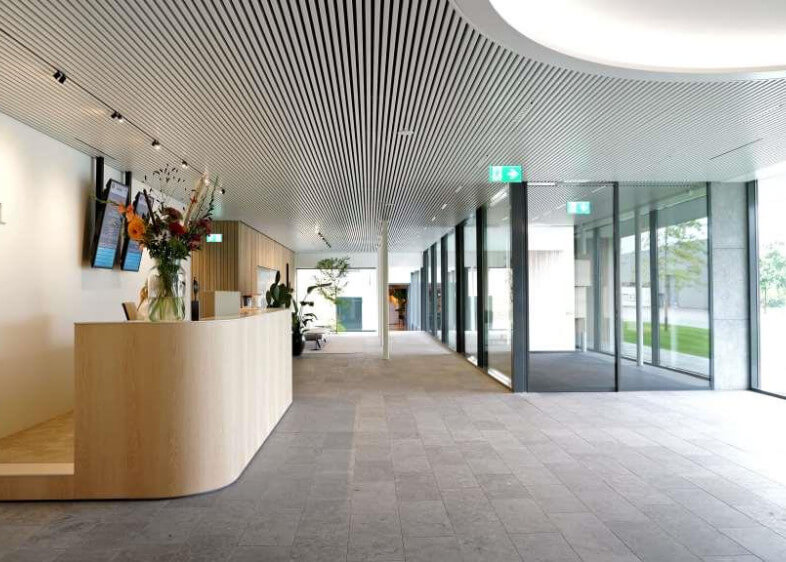 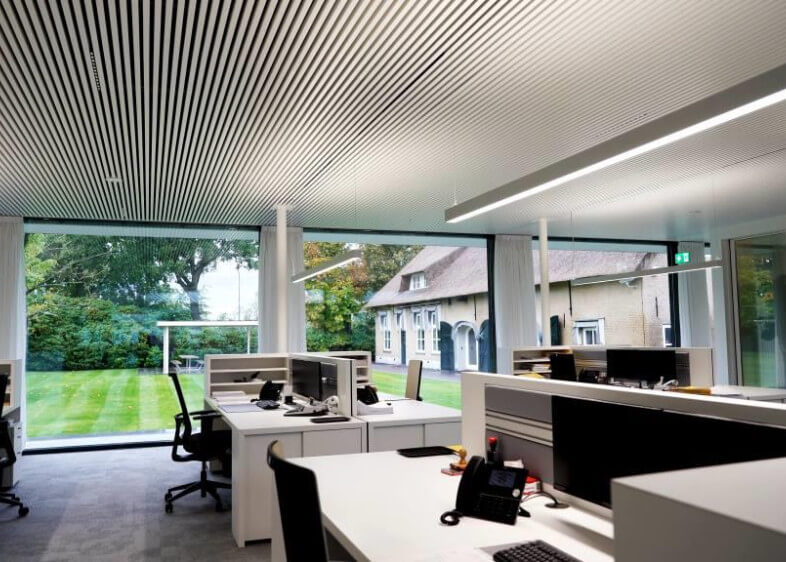 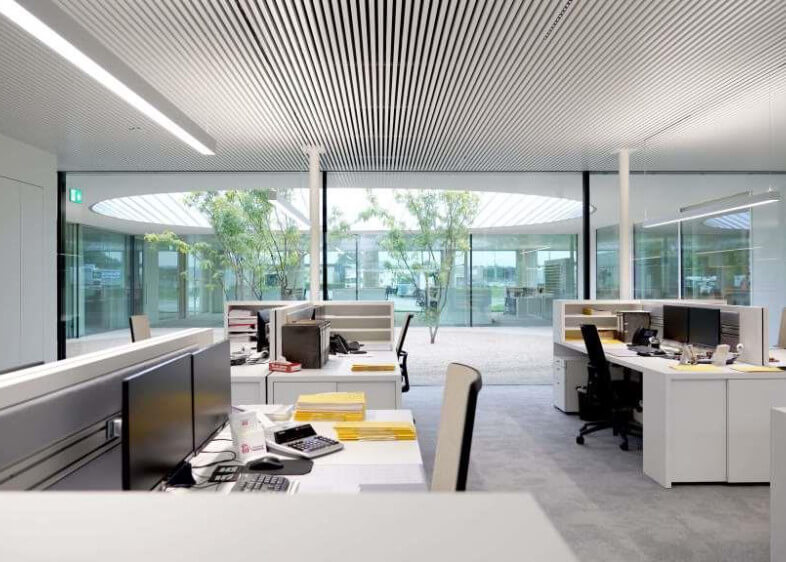 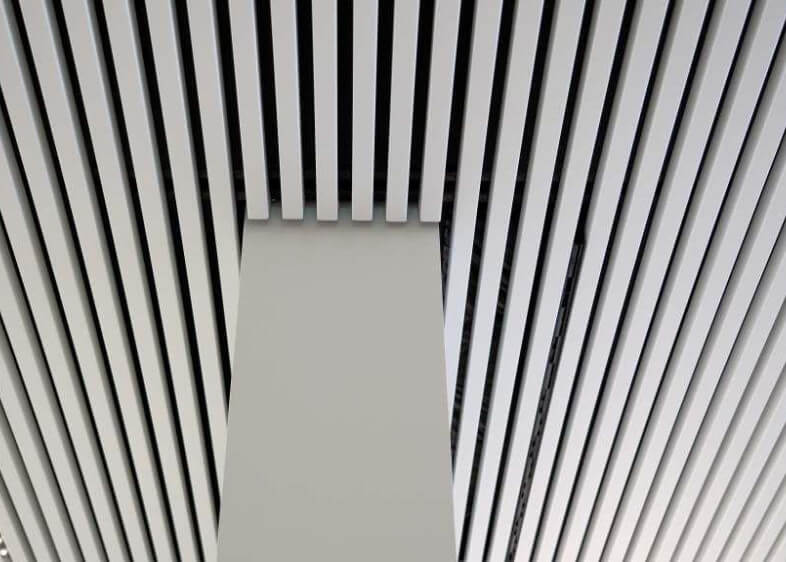 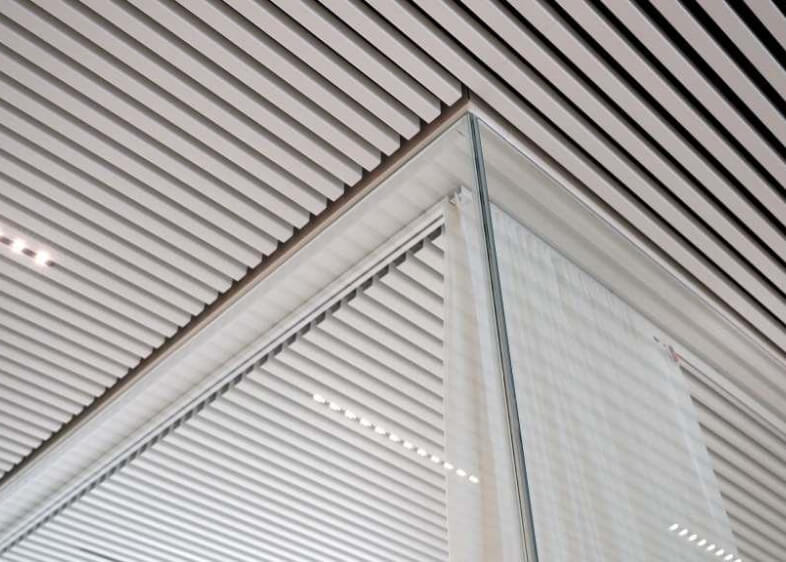 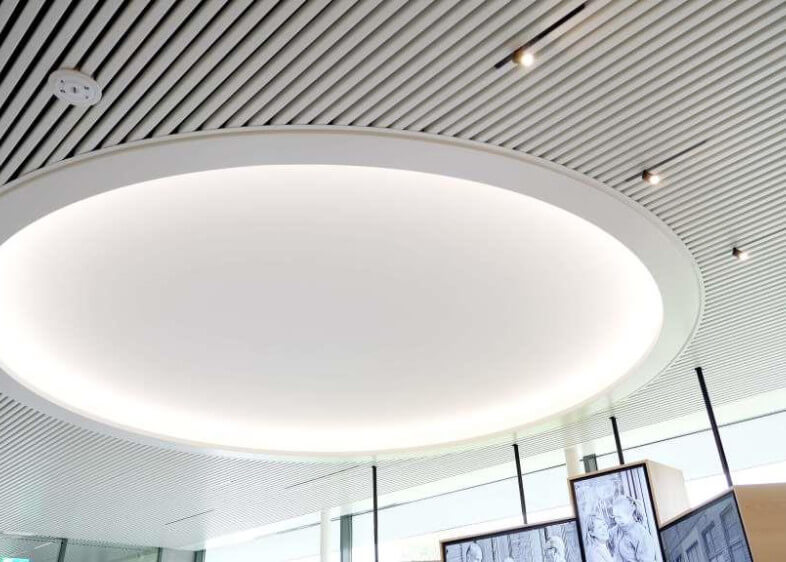 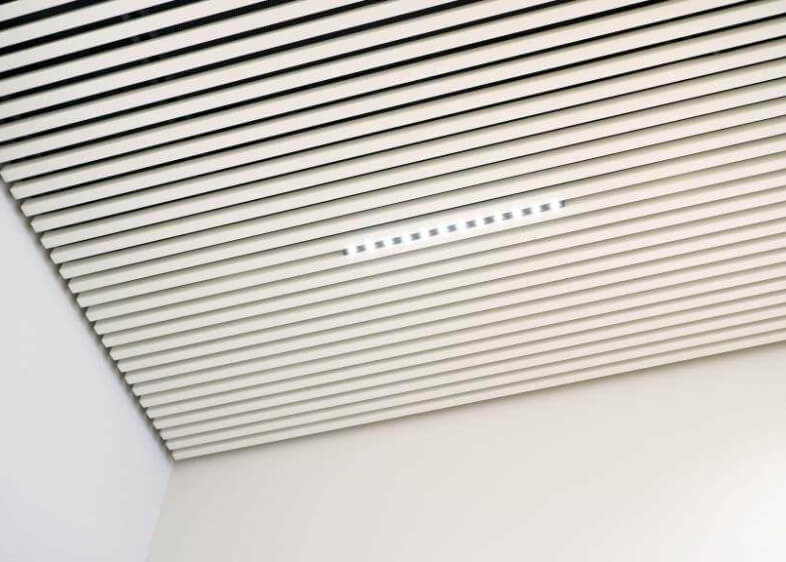 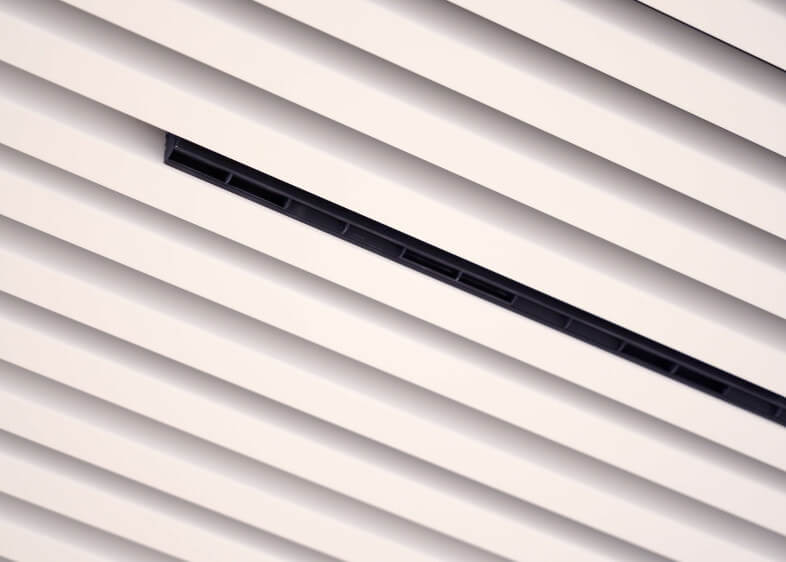 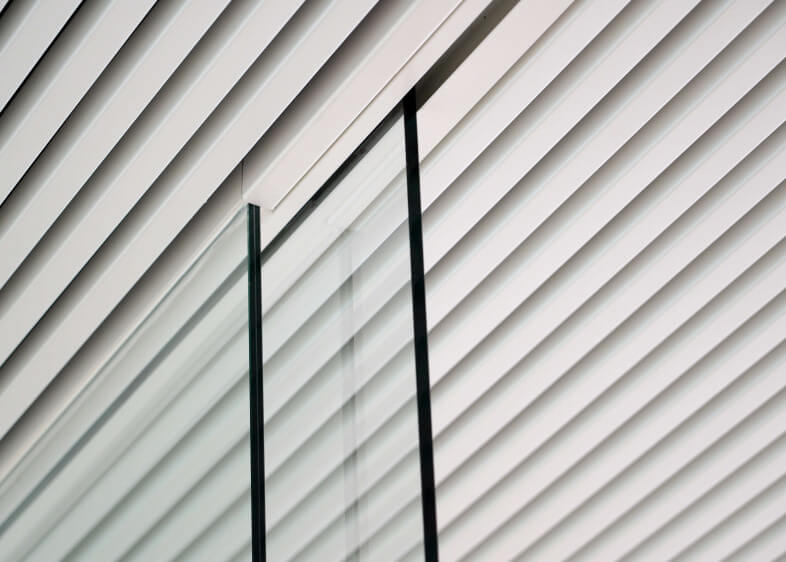 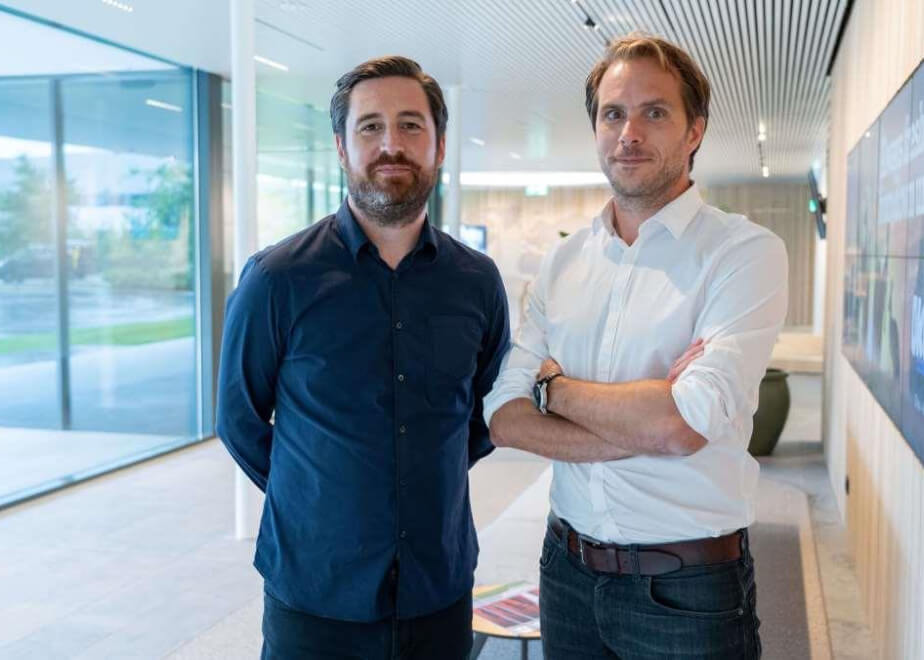 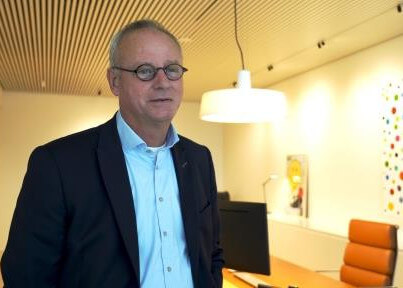 As long as the indoor climate is good. More office space, a representative entrance, a company restaurant, meeting rooms; these were all important requirements for the expansion of an office in Breda. But the most important wish of the client concerned the indoor climate: that had to be perfect.

During the expansion and renovation of the office of a large fruit and vegetable company in Breda, all registers were opened. From fitness room to company restaurant and from inner garden to meeting rooms, it is all to be found in the luxurious accommodation. But the first and most important wish of the client was a perfect indoor climate, architect Jaap Bekkers and interior architect Jan Geysen know exactly. Bekkers: "That was just about the first thing the client mentioned in 2016."

Bringing together inside and outside

The fruit and vegetable company in Breda is partly located in an old farm and partly in a pavilion from 2005. However, in 2016 there was a need for doubling the office space. It was decided to furnish the old farmhouse as a company restaurant and representative reception area. The new part became three times larger and now offers space for all office workers. Architect Jaap Bekkers and interior architect Jan Geysen joined forces for this. You can see that clearly in the building, Geysen explains: “We had enjoyed working together before. The most important question is always: what is best for the building and for the client? By working together like this, both inside and outside merge into each other. You can see that, for example, in the entrance floor, which also runs through the skirting boards outside. "

Back to the indoor climate. Because of the glass, the office spaces used to be very warm. That was solved with new sun blinds and with the PareauLux climate ceiling from Hunter Douglas and Inteco. This ceiling not only looks good, it also conceals an ingenious cooling system, explains Paul Ruijgrok of Inteco: “The climate element above the slats is unique. The warm air goes up along the slats to our element and cools down there. The cool air then drops again, creating a 'rolling movement'. The heat exchange takes place through a combination of radiation and convection, which is experienced as very pleasant. ”An additional advantage of an aluminum version is that the aluminum slats also become radiators.

For the architects, the ceiling was a nice solution because, for example, lighting and smoke detectors can be neatly concealed in the shadow gap between the slats. "That way, the view is not cluttered," Jaap Bekkers explains. “We also chose to mount the ceiling separately from the walls, so that a floating effect is created. The slats of this system perfectly match the tranquility and serenity of the building. In combination with outside sun protection, the climate is now perfect, even during the last hot summer. ”

Winters Bouw's contractor Arend de Boer was responsible for installing the ceiling. The company has had a long-standing relationship with the client and worked together with the architects and installer in a construction team for this renovation. That went extremely smoothly, De Boer says. The assembly also went well: “The assembly requires a lot of attention in the preparation and details. From column connections to coves and from integrated emergency lighting to the smoke detectors, everything has been discussed and detailed in advance. Thinking up the details in the work is not possible. In addition, this system requires a good team of engineers. Everything must be perfectly straight, there must not be a two millimeter difference. "

The result of all efforts is a beautiful office environment where inside and outside merge, where work and relaxation alternate, but above all: where it is pleasant to work in winter and summer.

For more information about this product, please refer to the product description at the bottom of this page.

For more information about these Inteco expertise, we refer you to the descriptions at the bottom of this page.

The panels of this system perfectly match the tranquility and serenity of the building. In combination with outside sun protection, the climate is now perfect, even during the last hot summer. ”

The building and architecture are the two most important factors, not the ceiling solution

The dimensions of the ceiling, and all components used in it, are fully matched to the building concept. Inteco has developed space-saving integration solutions for light fixtures and air vents, which means less plenum height is needed. Ideal for renovation projects.